In early 2003, just two years after Implanon appeared on the market, the contraceptive injection had resulted in almost 40 unwanted pregnancies and threats of million-dollar compensation claims. Since then, it has not regained the same level of popularity. 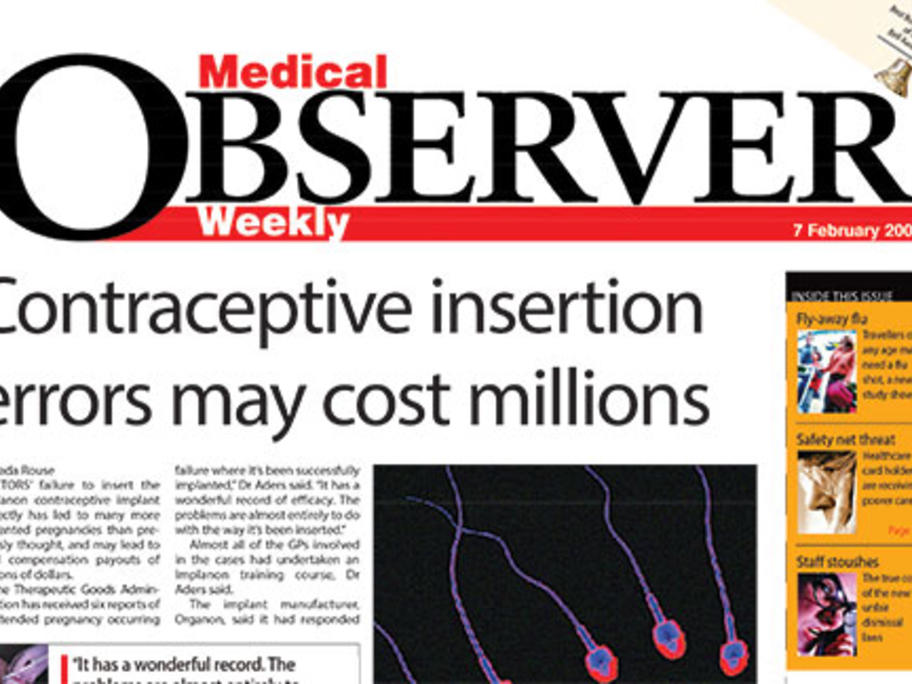 “The main reason for discontinuation is irregular bleeding,” Dr Louise Farrell, a spokesperson for the Royal Australian and New Zealand College of Obstetricians and Gynaecologists (RANZCOG), recently told MO. However, Dr Farrell