SOMETIMES a subungual haematoma can look like a subungual melanoma. Usually a subungual haematoma slowly grows out, but in this case the nail was unchanged after six months. There was also a suggestion of Hutchinson’s sign (pigmentation of the posterior nail fold), but careful inspection shows this pigmentation is confined to the cuticle. When the nail was removed the pigmentation left on the nail bed was confirmed as blood, not melanin. He was a golfer and continually injured his nail in poorly fitting shoes. Always be on the lookout for subungual melanoma because it is usually discovered late when the lesion is thick. 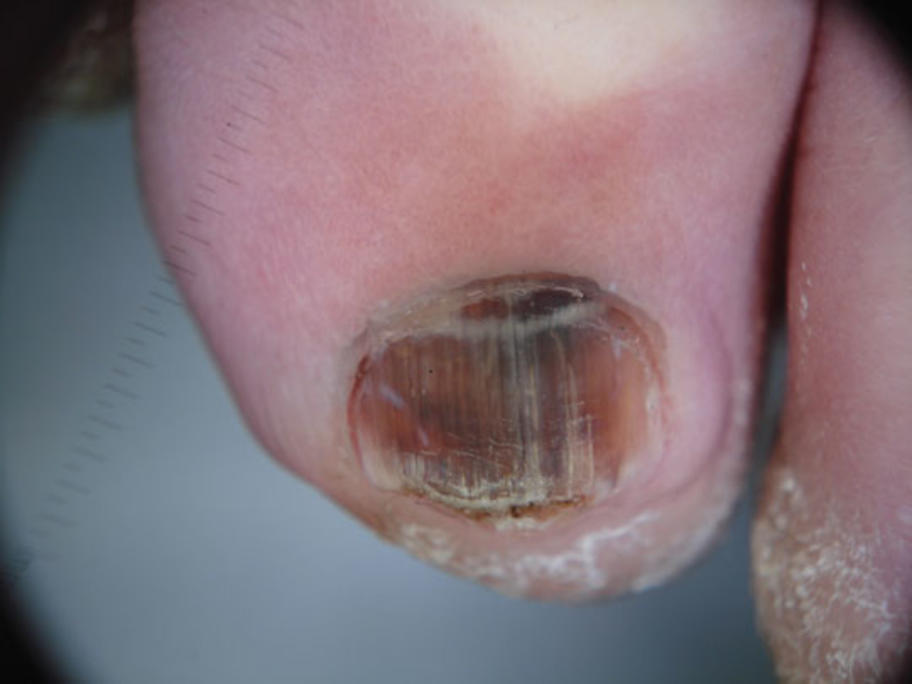