Dr Asiel Sanchez: This is what happened when I came out as non-binary

'I could truly be myself at work. General practice came to me as a huge relief'
3 minutes to read
By Siobhan Calafiore

Dr Asiel Sanchez came out as non-binary six years ago during medical school. 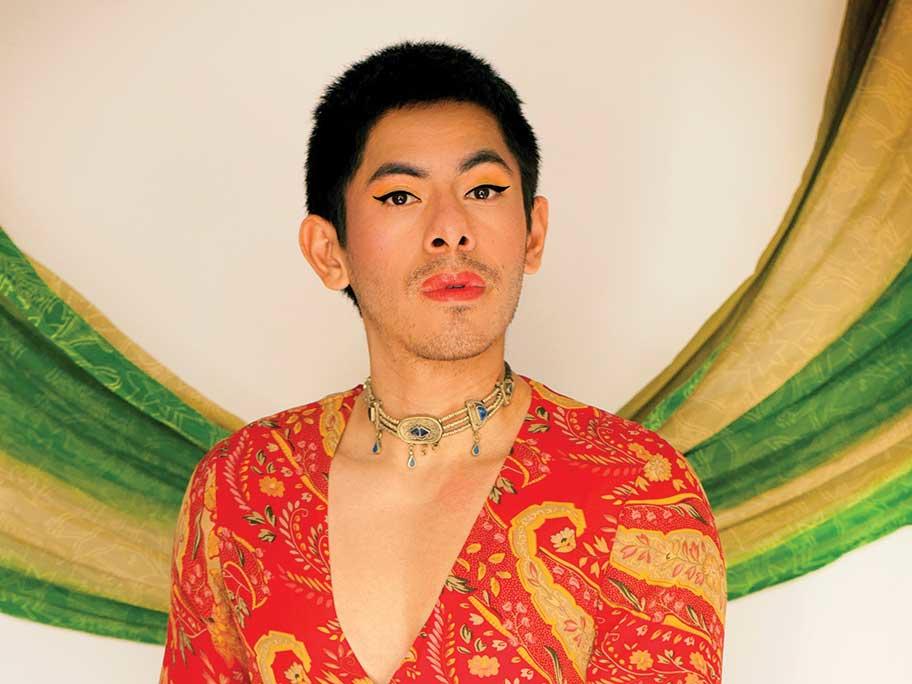 It was an emotionally draining attempt to bring their professional and private lives together.

Here, they explain how finding general practice helped change things for the better and why it's important for all doctors to understand more about caring for trans and gender-diverse patients.

“I’d been questioning my gender long before I decided to come out at medical school.

Masculinity had never really spoken to me fully, and I was trying to figure out my relationship to it.

Gender affirmation is different for everyone.

Some people choose to affirm their gender through medical or surgical support, others socially by changing their name, pronouns and gender markers.

Some people will take hormone replacement therapy for a short period and then stop.

It is different for everyone, a personal decision as unique as the individual.

For me, it came down to finding a comfortable place outside of masculinity and femininity.

Being raised in Mexico, I didn’t identify with the typically masculine roles. I was never one for sport, and I could never quite fit into the bravado and machismo.

Femininity, on the other hand, resonated in a way that masculinity couldn’t.

Femininity, Mexican femininity, was a role model for the strength and resilience I needed as a queer, non-binary person.

Growing up, I was often chastised for taking interest in more feminine clothes and make-up.

But then traditional Mexican clothing, in particular, is vibrant and colourful and full of life. Clothing, make-up, jewellery was and is a way for me to celebrate both my gender and my heritage.

I think the turning point during medical school was while working in some heavily gendered specialties like obstetrics, gynaecology and urology.

I realised I just didn’t fit into any of those spaces.

You don’t see it until you start questioning it, but everything from the change rooms to shoe coverings is gendered.

A life divided
The next steps were hard. I came out in parts.

With friends and community, I started using they/them pronouns and presenting in a way that felt more authentic. This meant wearing more feminine clothes and make-up.

Medical school was a different story. I tested boundaries by painting my nails or wearing shoes and clothes that were androgynous.

The biggest pushback came from colleagues who didn’t quite get it and thought I was asking too much of patients; some felt that my gender presentation was unprofessional.

The argument was that it would impact on patient care. The irony was that patients themselves never commented on it and did not seem to care.

So this might sound strange, but after coming out, aspects of my life were still divided. I continued to pass along as ‘he’ at work and lived as ‘they’ the rest of the time, at home or in the community spaces where I knew I would be respected. It felt like the easiest and safest thing to do.

The number of interactions you have in hospitals each day was just huge. Having to explain myself or correct my pronouns was a process in itself and one too emotionally draining to keep doing again and again.

Eventually, it also made me realise that maybe the hospital system wasn’t necessarily built for me.

As a junior doctor, the amount of self-advocacy required to make meaningful change, to create a meaningful space to breathe freely, seemed insurmountable.

Personal and professional align
I was lucky enough as a medical student to do a four-week placement at my current clinic, Northside Clinic in Melbourne.

Its focus was on supporting the LGBTQIA+ community. The team did a lot of transgender health, HIV health, sexual health and mental health.

My rotation was the first time where I felt my gender was not only respected but celebrated.

I thought to myself, ‘I could see myself doing this day in and day out.’

So I jumped into GP training as fast as I could. I saw it as an extension of my advocacy, particularly for trans and gender-diverse individuals.

As a result, my personal and professional identities finally began to align. I could truly be myself at work. It came to me as a huge relief.

The experience of being in that environment was also therapeutic.

Having someone care for you, a healthcare professional, who truly understands your gender identity and affirmation journey is fundamental.

My patients come to me and say, ‘Oh, if I hadn’t found you as a non-binary doctor, I don’t think I would have come to terms with my own gender identity,’ or they tell me it’s changed the care they’ve received as a trans or gender-diverse person.

Freedom to define ourselves
The confusion and ignorance surrounding gender identity runs deep in society. But it’s not complicated.

What is non-binary? Non-binary means challenging the assumptions of what gender is.

It’s a freedom to define your gender outside of what is prescribed as man/woman or feminine/masculine.

For some people, that means identifying as more than one gender, being fluid in their gender identity.

Or it can mean having no gender or thinking about their gender in a completely different way to any of the above.

But while non-binary might mean different things to different people, we are all seeking to exist in our gender without fear of stigma, prosecution or violence.

When it comes to the health system, the experience of a lot of trans and gender-diverse people is not always great, and on occasion, it can be traumatic.

Many people have to educate their doctors on their own healthcare needs and, to an extent, educate them about cultural safety.

Navigating healthcare systems can be a hostile experience when you know they are not built for you.

Most hospital systems won’t have options outside of male/female on their intake forms, let alone a way of safely disclosing pronouns.

Similarly, for a lot of trans and gender-diverse people, the name on their Medicare card is different to their actual name.

Practising acceptance
I believe working with trans and gender-diverse people is a core skill of general practice, and it is becoming more so with increased visibility and representation.

More and more people will feel safe enough to disclose their gender to medical practitioners.

That is a good thing. It says something about trust in doctors.

While not every GP might feel comfortable managing hormone replacement therapy for trans and gender-diverse patients, other aspects of their health fall well within their scope. It is all about patient-centred care.

When it comes to clinical practice, I think it’s worth getting in the habit of degendering our language.

Being comfortable asking about patients’ pronouns and using gender-neutral language is vital to working with trans patients.

Another key part of safe and inclusive practice is the intake process — making sure there’s space on intake forms for people to disclose their pronouns and gender. It is an important first step.

Recording their affirmed name appropriately at intake rather than just using the name on their Medicare card can save many awkward conversations, misgendering and incorrect assumptions later on.

Practice software used to be a big issue, as there was often no way of consistently recording Medicare details separate to the patient’s chosen name and gender.

However, it is moving towards separating these two fields to allow clinicians to record patient information correctly.

Again, this can sound mundane, but it’s hugely important.

I would like to see far more medical training on the topic. It would empower doctors; they would feel comfortable about asking questions and using language around gender with more confidence.

At the moment, medical schools interested in engaging in trans and gender-diverse health don’t quite know where to start, and it’s the students saying, ‘This is what we want to learn about.’

In my practice, I see the huge differences that can be made to the lives of patients who have been through so much.

My hope is that, one day, trans and gender-diverse individuals can walk into any healthcare service they require without fear of discrimination.”