It's shocking not all breast cancer patients are told about reconstruction 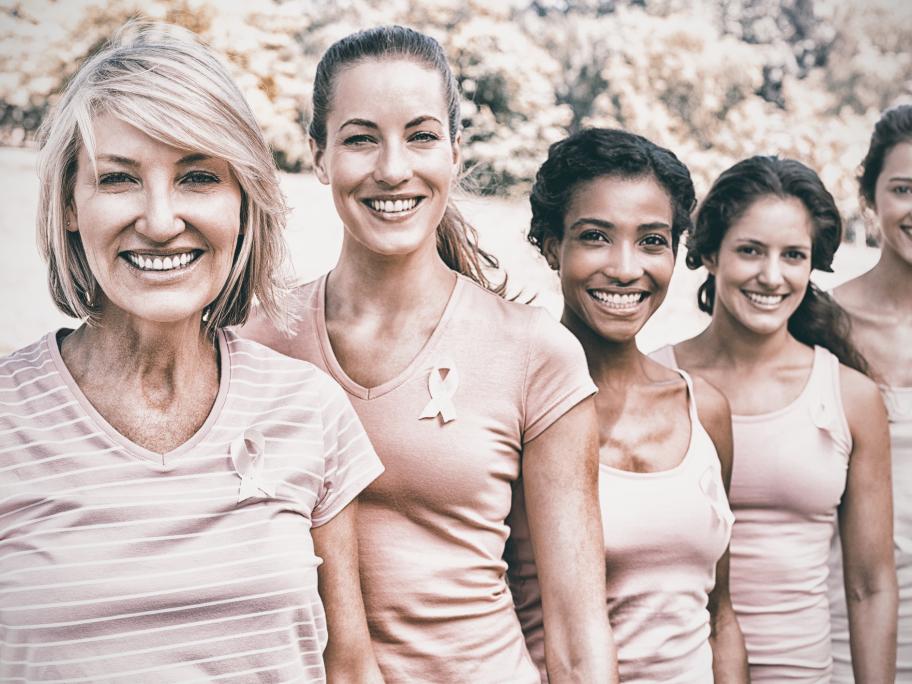 A few weeks ago, I was sitting in a hospital bed recovering from major surgery. I had four tubes and a catheter snaking out of me, and my brain was muddled with the remnants of anaesthesia and clinical-grade opiates.

I couldn’t move much, so was mindlessly (literally) scrolling through my news feed. A story from the ABC popped up called ‘Cut off and cut up’ with a dramatic black and white image of three middle-aged women who’d undergone surgery for breast cancer. 1

I stopped. I’d just had 10-hours of reconstructive surgery for the very same thing.

The article cited a Breast Cancer Network Australia (BCNA) survey published last month that highlights the myriad of issues behind the disparities in reconstructive care.2

Sadly, it found living outside metropolitan areas, lower socio-economic status, high cost, extensive travel and long wait and recovery times were all major contributors to not having reconstruction.

However, the survey also revealed that more than one quarter of women who were still deciding or had opted against reconstruction, said nobody had spoken to them about it.

That’s right – no one had told them they could have their breasts reconstructed.

This shocked me. It’s one thing not to be able to access treatment due to macro-factors such as location, cost and long waiting times, but not even to be told there are choices so you can make an informed treatment decision, seems shameful in this information age.

The nationwide survey included 3350 women diagnosed with all types and stages of breast cancer, as well as those who were undiagnosed but at high risk of disease due to a strong family history.

Overall, it found, 60% had opted for reconstruction. And 40% were either still deciding or had chosen not to have it.

Of course, many women decide to be flat chested and are very happy.

However, of the almost 1000 women who had had a mastectomy but were still deciding or had opted against reconstruction, 28% said no one had spoken to them about it and 35% said they didn't have enough information.

In fact, the provision of information was the most commonly cited area of concern in the BCNA’s survey, with almost one third of women who left a comment saying it needed improving.

Many said they hadn’t been given enough information during treatment planning on the possibility of reconstruction, the types of procedure on offer and their availability in the public system.

Lying there in my private room in one of Australia’s leading cancer hospitals, I felt extremely fortunate and privileged.

I’d just undergone breast reconstruction by some of the country’s best surgeons and had chosen my treatment after numerous detailed and clearly informed conversations with my care team.

However, it also dawned on me how little I’d known about the types of reconstruction that were available before being diagnosed with early-stage invasive breast cancer in November last year.

I thought implants, or a flat chest, were the only two choices following mastectomy. Embarrassing seeing as I’m a professional medical journalist – have been for 20 years – and a former nurse.

Yet, before my diagnosis I wasn’t aware, and neither were my friends or family, of the autologous tissue transplant option of DIEP (deep inferior epigastric) flap surgery.

This procedure was the reason I was sat jack-knife in a hospital bed in September scrolling through my socials.

The surgery involves transplanting skin and fat from the lower abdomen, including the deep inferior epigastric perforators, to the chest to reconstruct the breasts.

How had I not known about it?

Delving further into the survey, I discovered that autologous reconstruction is performed far less frequently than implant surgery in every state and territory bar Victoria (the NT sample size was too small to be accurate).

In NSW, where I live, 52% of women have implants and 35% undergo DIEP flap surgery, with a small percentage having a combination of both.

In Tasmania and the ACT, the gap is much wider, with women around four times more likely to have implant surgery than autologous transplantation. And in SA implants are twice as common as DIEP surgery.

In Victoria, the trend is the opposite, with only 31% of women having implants and 58% autologous reconstruction.

Why the difference? The BCNA’s report doesn’t delve too far into state specifics. It just says that, overall, living in an outer regional or remote area increases the chance of having implant surgery.

The availability of surgeons able to perform autologous transplantation is likely part of the problem, it adds, with one woman commenting: “I live in an area where there is only one plastic surgeon who will perform a DIEP flap, which gave me no opportunity to 'shop around' for the best surgeon.”

Which takes me back to the information issue.

If local surgeons aren’t skilled in all types of reconstruction (and maybe in some cases none at all), then it’s not too much of a stretch of the imagination to assume that’s the reason not all options are always talked during treatment discussions with patients.

DIEP flap surgery is usually performed by a plastic surgeon. From my experience, it involves 10 hours of surgery, a week in hospital  and up to eight weeks’ recovery. I was back at work part-time after four weeks.

Implant surgery (it’s a long story but I’ve had that too!) is usually done by a breast surgeon. It takes less time; about four hours, with two to three nights in hospital and a few weeks’ recuperation. I was discharged home with four drains and went back to have them taken out a week or so later.

Having gone through them both, I can categorically say one is no more uncomfortable than the other – the anaesthetists do an excellent job of making sure pain is under control.

If patients aren't routinely being given all the information, then I hope this article will help GPs to understand what their patients’ options are. So they can support women, regardless of where they live, to ask the right questions about reconstruction when they meet their specialist team and so ensure they're able to make truly fully-informed decisions about their breast cancer care.