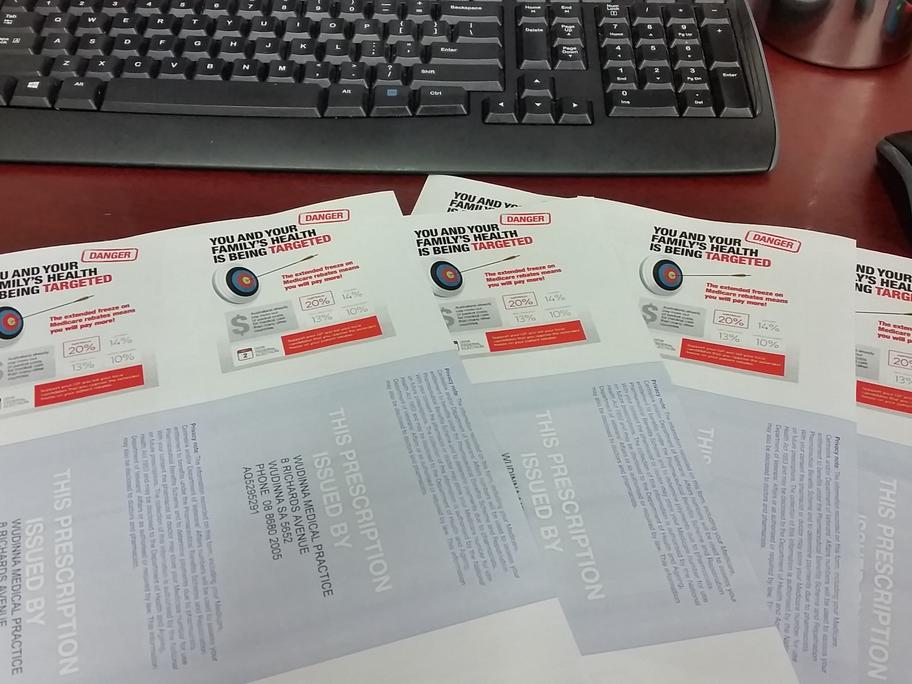 The idea, first posted on a GP discussion group on Facebook on Thursday morning, is spreading quickly.

A matter of hours later, 150 GPs have liked the post, with many indicating that they, too, would pre-print all their prescription paper with the "You've Been Targeted" logo. Already, many GPs have shared photos of piles of blank prescription paper, ready for use.

The logo, developed by the RACGP in late 2014