An Indigenous health success story? This is one of them

Led by local community leaders, it co-stars Tony Abbott and a multinational petrochemical giant
5 minutes to read
By Antony Scholefield

Warning: This story contains names of Indigenous Australians who have died. 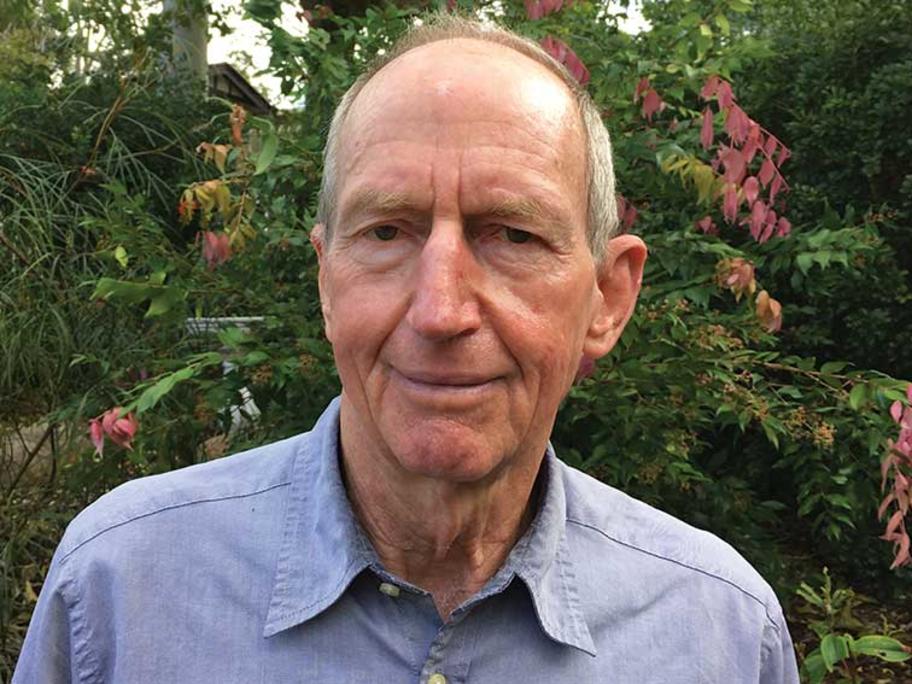 Late last year, a health issue resurfaced after being absent from the headlines for some time.

It was an NT inquest into the deaths of three children as a result of petrol sniffing.

The youngest had started sniffing when he was nine-years-old. He was taken to a doctor after ingesting petrol while attempting to siphon it from a motorbike.

Three years on, his father, desperate at the damage being done to his son’s life, took him to an island off the coast of Arnhem Land, at the northeast extremity of the NT, where no petrol was available. They stayed 17 days.

But within hours of their return, the boy went out with friends and found a jerrycan in the back of a 4WD. He was found dead the next morning still in the back of the vehicle.

The other two deaths were similarly grim and pointless.

What adds to the shock is that, over that past decade, such tragedies have become increasingly rare.

Professor Peter D’Abbs, professor of substance misuse studies at the Menzies School of Health Research in Darwin, has spent part of his research career attempting to estimate the prevalence of petrol sniffing in some of the most remote parts of Australia.

In 2006, 11 communities were identified — including those in the Gulf of Carpentaria, the Goldfields in WA and the APY Lands in SA.

Based on interviews with Aboriginal health workers, researchers estimated around 450 people were using volatile substances like petrol.

The more recent estimates, published in 2019, identified just 22 people in the same communities: a 95% decline.

“They’d print a few brochures, offer some short-term 12-month funding for pilot projects and do nothing more.”

He says the breakthrough came from the communities themselves.

“They noticed that, while petrol bowsers were being broken into on a nightly basis, the drums of aviation fuel stored on the airstrips were left untouched.”

"So when the found out a particular brand of this aviation fuel — one called Comgas — could also be used in land vehicles, a number of communities started using it for everything with an engine.

“It was the first thing that worked.”

It turned out that Comgas was leaded. It held no lure. Instead of feeling high, users felt sick.

Some still resorted to extreme measures to overcome the chemistry, including straining the fuel through loaves of bread or adding Vicks vapour rub to it.

The only problem was that supplies of leaded fuel were under threat because of its own menacing health effects resulting from the toxic particles it deposited in the atmosphere and the soil.

The unlikely saviour, a company not usually praised as a beacon of public health enlightenment, came in the form of petrol giant BP.

It contained 5% aromatics — substances like toluene, ortho-xylene and para-xylene — rather than the 25% found in normal unleaded petrol.

At the time, he was the health minister in the Howard Government. His initial insight into the way public health works its wonders appeared limited.

He claimed the reoccurring tragedies that had caused so much misery and harm could be ended by "parents taking the petrol away from their kids".

But he eventually agreed to start subsidising Opal fuel to ensure roadhouses could supply the fuel at the same cost as unleaded.

Over time, Opal was rolled out to 170 communities, and Mr Abbott's views seemed to evolve from his original declarations on effective solutions.

Reflecting on the 10-year anniversary of Opal in Alice Springs a few years ago, he said: "If you can take the substances out of the petrol which make it attractive to sniffers, obviously you'll end the petrol sniffing.”

The introduction of Opal fuel has been a game changer, Professor D’Abbs said.

“A boutique fuel with low hydrocarbons and no lead; it has made a huge difference.

“If you talk to people on the ground, there’s a universal response that the situation is a lot better.”

Opal fuel became colloquially known in some of the Indigenous communities as 'the yellow stuff', as opposed to 'the red stuff', regular unleaded.

Janet Inyika, the community leader from the APY Lands in SA — the woman who spurred Mr Abbott and the government to fund Opal fuel — took to wearing a yellow carnation as a symbol of change she had helped bring about.

There is even a picture of her back in 2005 standing before one of the first Opal fuel browsers in the town of Amata, 120km south of Uluru.

"It was a really triumphant moment, and we knew that it would bring good things, and it has," she recalled shortly before her death in 2017.

"[My community was] so proud of me, and people have been coming up to me ever since and thanking me for all the work that I did to get to that point."

One of the surprises, given its toxic effects, according to Professor D'Abbs, is that petrol's mechanism of harm is not perfectly understood.

In rare cases, people died from heart failure while sniffing. It's known as 'sudden sniffing death'.

But a government report from 2004 noted that suicides, accidents and assaults could be traced as the end products of ataxia and delirium caused by inhalation of petrol fumes.

According to reports several people died from asphyxiation after falling unconscious with their faces pressed into petrol cans.

Professor D’Abbs stressed Opal is not non-sniffable, but it means there is no longer, as there once was, a constant crisis.

But along with Opal, there has been another intervention whose impact has been more muted: the use of mandatory treatment.

In 2005, the NT government legislated to set up a team of ‘assessors’. These were four doctors who — after receiving notifications from family, teachers or police — were tasked with interviewing people suspected of using volatile substances.

They would then decide on a treatment options, including referral  to forced residential rehabilitation.

That system continues to this day and is part of the stories of the three young people whose deaths were subject to the NT inquests.

Once someone is referred to the assessors, the assessors are under a legal obligation to draw up a plan in two weeks if practical for those they judge “at risk of severe harm”.

The NT coroner, Greg Cavanagh, who held the inquest into the deaths of the three children concluded the system appeared to be failing.

In their cases, doctors 'case managed' them for months, he said, waiting until there were no recent reports of sniffing and then closed the files.

He said the Top End Health Service, the arm of the NT health department responsible for petrol sniffing, had given the doctors guidelines telling them that, even if those identified as petrol sniffers were at risk of harm, they should monitor substance use and, after two months, rather than two weeks, make a recommendation.

It seems the idea was that the problem would go away before a recommendation was needed.

“It is not generally considered necessary to recommend that a government agency comply with their legal obligations,” he noted dryly.

“But in my view, the refusal or inability of the Top End Health Service to change its unlawful practices contributed to these children’s deaths.”

There is another question here, of course.

Does mandatory or even voluntary treatment work? Would it have saved the children?

For one thing, only 50% of the 117 people who had been ordered into treatment under the act completed the program. For those who had voluntarily entered rehab, the figure fell to 23%.

“These places were mostly set up to deal with voluntary admissions of alcoholics, mostly older people,” Professor D’Abbs said.

“Prior to the legislation in the NT, treatment centres were reluctant to accept a young petrol sniffer. There were no protocols on how to treat them.”

Unlike other substances, like opioids, there was not a substitution option. Patients weren't tapered down with decreasing quantities of toluene, ortho-xylene and para-xylene.

“I guess among the benefits of residential treatment is simply the removal of young people from totally chaotic living environments."

He agreed with Mr Cavanagh that the current system was not working in all cases and that delays and prevarications from health authorities had let down patients.

But he added: “Look, petrol is the substance for poor and marginalised people.

"When sniffing was more widespread, it was because petrol was there, and you could steal it easily. But people with means would use other drugs if they had the choice.

"And in larger towns, there are so many other substances. Most of them you can buy in a supermarket: glue, spray paint, deodorant, even bug bombs and nail polish.”

"In remote communities with just one general store, retailers usually agree not to stock spray deodorant, he said. And contractors who bring in spray paint agree to keep it locked up when not in use.

"But if there are couple of roadhouses 200km away that say, ‘I’m buggered if I’ll swap to low aromatic fuel for the sake of the blackfellas’, the problem continues,” he said.

Nonetheless Professor D’Abbs is impressed by what he has witnessed through his research over the past 20 years.

“It’s one of very few areas of Indigenous health where a community initiative with government support is working.

"Yes, the system is clearly not working in some cases. But we’ve developed an evidence base, and we're seeing progress. That is something.”