The ethics of prescribing puberty blockers to children with gender dysphoria is in question after the UK High Court declared very few would have Gillick competency to consent to the treatment. 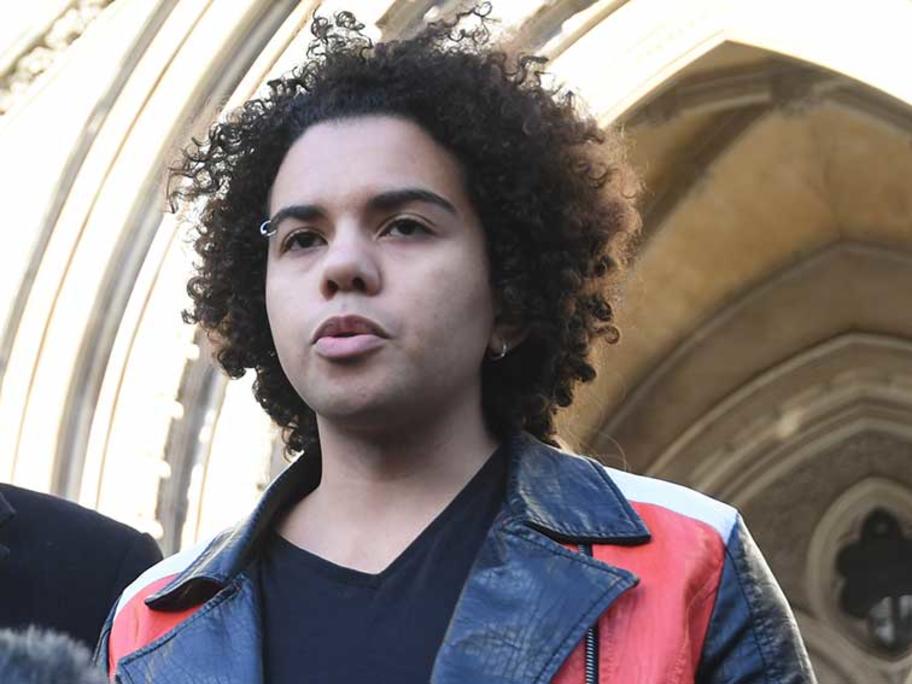 In a ruling handed down on Tuesday, the court also said there was “limited evidence available as to the efficacy or purpose of puberty blockers” for the treatment of gender dysphoria.

And the lack of evidence on its immediate or long-term consequences meant that there were “enormous difficulties in a child understanding or weighing up the consequences necessary to provide consent”.

The case was originally brought by 23-year-old Keira Bell, who started taking puberty blockers aged 16 and had a double mastectomy four years later.

She subsequently decided to detransition, saying: “I started to realise that the vision I had as a teenager of becoming male was strictly a fantasy and that it was not possible.”

“My biological make-up was still female and it showed, no matter how much testosterone was in my system or how much I would go to the gym.”

She applied to the High Court to rule on whether those under 18 could consent to treatment with puberty blockers without a court order, claiming the Tavistock and Portman NHS Foundation Trust which provided her treatment should have done more to challenge her request for to transition.

The trust currently runs England’s only youth gender identity clinic which following the ruling immediately suspended new referrals for puberty blockers and cross-sex hormones for anyone under 16.

A politically and clinically divisive issue, attention is likely to turn to the use of puberty blockers in Australia, currently recommended as a treatment option for children and young people diagnosed with gender dysphoria in guidelines drawn up by the Royal Children’s Hospital in Melbourne (see below).

Read more: Inside the row over Aussie transgender treatment guidance

The High Court said the main justification given by doctors for the prescription of the hormones was that the treatment was reversible and as such, gave patients “time to think” about future, irreversible treatment, such as cross-sex hormones.

The court said that the NHS trust’s Gender Identity Development Service which treated Ms Bell had prescribed puberty blockers to 161 children in 2019-20 alone. Some 95 were under the age of 16; 26 were aged 13 or less.

But the court said one of the issues raised in the proceedings was “the non-existent or poor evidence base, as it is said to be, for the efficacy of such treatment for children and young persons with gender dysphoria”.

It noted that the Endocrine Society had declared puberty blockers to be “fully reversible” but the court said such claims were based almost exclusively from their different use in the treatment of precocious puberty.

“We do not fully know how hormone blockers will affect bone strength, the development of your sexual organs, body shape or your final adult height,” it said.

“There could be other long-term effects of hormone blockers in early puberty that we don’t yet know about.”

The court also noted that the NHS website on puberty blockers had originally said: “The effects of treatment with GnRH analogues are considered to be fully reversible, so treatment can usually be stopped at any time.”

But the wording had been changed in June this year to: “Little is known about the long-term side effects of hormone or puberty blockers in children with gender dysphoria.

“Although the Gender Identity Development Service advises that it is a physically reversible treatment if stopped, it is not known what the psychological effects may be.”

The court said based on the evidence it had heard, the use of puberty blockers for gender dysphoria was an experimental treatment with virtually no published studies on its efficacy.

"We accept the fact that a treatment is experimental, or that the long-term outcomes are not yet known, does not of itself prevent informed consent being given. Otherwise, no experimental treatment could ever be consented to."

It added: "[We were told it] is not for this court to determine clinical disagreements between experts about the efficacy of a treatment.

"We agree. That is a matter for the relevant NHS and regulatory bodies...

"However the degree to which the treatment is experimental and has, as yet, an unknown impact, does go to the critical issue of whether a young person can have sufficient understanding of the risks and benefits to be able lawfully to consent to that treatment."

What mattered when it came to assessing Gillick competency was also the treatment's "lifelong, life-changing" nature.

This related to a key element of the High Court’s ruling focusing on the proportion of young patients prescribed puberty blockers who reached Tanner Stage 2 and who were then prescribed cross-sex hormones after they reached 16.

The court said on a practical level all children treated at the gender identity service were subsequently treated with cross-sex hormones.

According to the court, it therefore followed that to achieve Gillick competence a child would have to understand not simply the implications of taking puberty blockers but implications of cross-sex hormones on their future lives.

For a child or younger person to consent to puberty blockers, the court claimed they would have to “understand, retain and weigh up” the following:

“It will obviously be difficult for a child under 16 to understand and weigh up such information,” the court added.

“Although a child may understand the concept of the loss of fertility for example, this is not the same as understanding how this will affect their adult life.

“A child’s attitude to having biological children and their understanding of what this really means, is likely to change between childhood and adulthood.”

It referred to witness statements of children who supported the treatment they had received, where they stated that the thought of sex had disgusted them and that they did not really think about fertility.

Read more: What we can learn from US study of young transgender kids

“These normal reactions do not detract from the difficulties surrounding consent and treatment with puberty blockers,” the court said.

“That adolescents find it difficult to contemplate or comprehend what their life will be like as adults and that they do not always consider the longer-term consequences of their actions is perhaps a statement of the obvious.”

It said that apart from life-saving treatment, there could be “no more profound medical decisions for children than whether to start on this treatment pathway”.

Stressing that the original Gillick ruling made clear that any decision on whether a child is competent is both “treatment and person specific”, the court said it wanted to offer clear guidance on how the ruling could be applied to the prescription of puberty blockers.

“The conclusion we have reached is that it is highly unlikely that a child aged 13 or under would ever be Gillick competent to give consent to being treated with puberty blockers.

“In respect of children aged 14 and 15, we are also very doubtful that a child of this age could understand the long-term risks and consequences of treatment in such a way as to have sufficient understanding to give consent.

“In respect of young persons aged 16 and over, the legal position is that there is a presumption that they have the ability to consent to medical treatment.

“Given the long-term consequences of the clinical interventions at issue in this case, and given that the treatment is as yet innovative and experimental, we recognise that clinicians may well regard these as cases where the authorisation of the court should be sought prior to commencing the clinical treatment.”

The Tavistock and Portman NHS Foundation trust said it would appeal.

In a statement the Royal Children’s Hospital Gender Service said it underwent "regular and rigorous clinical review and complies with Australian law".

“While the United Kingdom’s High Court decision is not legally binding in Australia, we will monitor closely developments in the UK and any potential implications for trans children and young people."

What do current Australian treatment guidelines say about puberty blockers?

The Australian first guidelines on the treatment of trans and gender diverse children and adolescents came out in 2018.

They were produced by Royal Children's Hospital in Melbourne.

They recommend counselling and support in social transitioning for prepubertal children.

For teenagers, puberty suppression with reversible hormone blockers could be initiated if they were experiencing “significant distress” with the onset or progression of pubertal development.

And if the patient wished to proceed with the transition, the next step would involve starting gender-affirming hormone therapy — but only once informed consent was obtained from both the adolescent and “ideally, but not necessarily” their parents or guardians.

Below is an extract from the guidelines on puberty suppression.

"Puberty suppression typically relieves distress for trans adolescents by halting progression of physical changes such as breast growth in trans males and voice deepening in trans females, and is reversible in its effects.

"Other physical changes such as linear growth and weight gain continue to occur whilst on these medications and the adolescent is given time to develop emotionally and cognitively prior to making decisions on gender affirming hormone use which have some irreversible effects.

"Puberty suppression is most effective in preventing the development of secondary sexual characteristics when commenced at Tanner stage 2.

"However, the timing of commencement of puberty suppression in trans feminine adolescents requires consideration of the benefits of allowing sufficient genital growth to optimise future surgical options whilst preventing development of facial masculinisation and voice deepening as puberty progresses.

Read our clinical content: Treating the trans and gender-diverse population

"Whilst GnRHa provide effective pubertal suppression, use of anti-androgen medications such as cyproterone acetate or spironolactone may also relieve dysphoria in trans female adolescents.

"For trans male adolescents, commencement of GnRHa is likely to be most beneficial in those who are at Tanner stage 2 to Tanner stage 3.

"For trans males presenting following significant breast growth and post onset of menstruation, GnRHa will induce amenorrhoea to reduce dysphoria around menstruation, but this can also be achieved less invasively and more affordably with oral norethisterone.

"The side effect profiles of each of these medications differ and the decision regarding choice of puberty suppression medication should be made between the adolescent and their treating team with oral norethisterone or GnRHa to be offered as indicated.

"The main concern with use of puberty suppression from early puberty is the impact it has on bone mineral density due to the absence of effect of oestrogen or testosterone on bone mineralisation during this time."