Professor Brendan Murphy, who spearheaded Australia's initial response to the COVID-19 pandemic as Commonwealth Chief Medical Officer, has been recognised with an AC for the Queen's Birthday — Australia's highest honour. 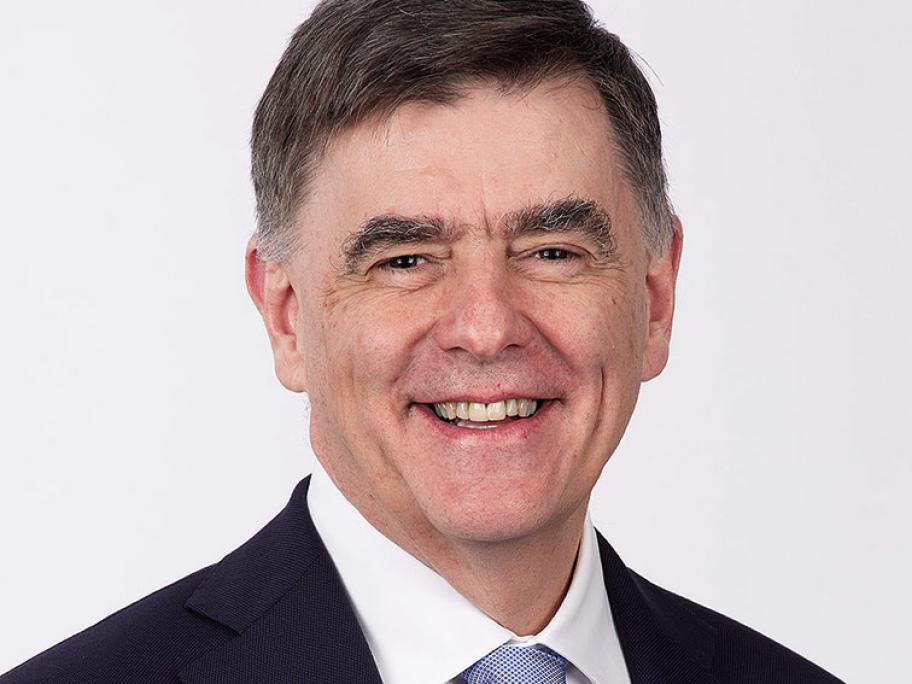 He was a ubiquitous presence in our lives in 2020 as he grappled with pre-vaccination phase of the pandemic.

This is what he told Australian Doctor when he left the CMO role to become Secretary of the Federal Department of Health.

A couple of weeks back, he had to don a hat and dark glasses while taking a walk in the local park with his wife.

It is the price of the sudden celebrity that has engulfed Professor Brendan Murphy.

From the very beginning of the COVID-19 threat, he stood beside the Prime Minister offering the daily updates (and the slide show) explaining to the nation the reasons why virus microbiology can have life-and-death implications of global reach.

And beyond the stare of the TV cameras, as the Chief Medical Officer, he and his team were also devising a plan for Australia to escape.

“It was intense,” he tells Australian Doctor.

“Days starting at six in the morning and going on to nine or 10 at night. I’d sometimes get the 3am phone call from my international counterparts with updates and information.

"But to be honest, I didn’t have sleepless nights. I don’t think I worried, simply because the pressure was too big to worry about.”

As chair of the Australian Health Protection Principal Committee (AHPPC), he covered every topic — from the value of asymptomatic testing, the significance (and otherwise) of the endless medications being touted as COVID-19 treatments, the need to ditch elective surgery, to the future of kidney transplants and the epidemiology of keeping the pubs shut.

Read more: Why Greg Hunt and Brendan Murphy deserve our thanks

But there were two major decisions he and the committee were responsible for — both much discussed. The first was his advice to close the border with China on 1 February when it became clear to him that human-to-human transmission was now occurring outside Hubei province, whose capital is Wuhan.

“WHO said don’t close borders. We spoke to our colleagues in the UK and Canada and other parts, and they were very anti-border closures. They didn’t think they were helpful. It wasn’t really part of the public health response mantra, but we thought otherwise.”

At the time, he could have come across to his political bosses as paranoid. The disturbing TV images of distraught doctors deciding who to treat as critically ill patients flooded ICUs in Italy were still weeks away. But ministers accepted what he told them. There was no lobbying, no struggle to be heard.

“Right from the start, they said, ‘Just tell us the advice; we’ll take it because that’s the safest course for us’.”

The second decision was his advice to introduce the first physical-distancing measures in March.

Read more: Is social distancing the key to combating coronavirus?

“We were putting millions of people out of work. Just seeing the Centrelink queues a few days later was very confronting. It was very, very hard. We obviously understood what it meant for people’s lives.”

He stresses that he made no recommendation to the government that wasn’t supported by the numerous experts on the AHPPC — the other big reason why ministers were ready to accept what he told them.

But the advice they offered amid the ever-changing flux of information (and disinformation) that was emerging from the pandemic also had to be good.

Take the herd-immunity policy, which governments around the world were flirting with because they believed it was easier than watching their economies shrivel.

“But it was no. It was no because of the death rate.

“We were prepared for a large-scale outbreak. We were tripling our ICU capacity; we got a whole lot of ventilators.

"But to allow infections to occur? Some people were suggesting that you could have an outbreak that could extend as far as your health system’s ICU capacity. But the resulting number of deaths that you would see was just completely unacceptable.”

Read more: Ventilators from vet clinics could be used to raise ICU capacity

Was it seen as immoral?

“Absolutely, it was seen as immoral.”

“Some people were also suggesting you could lock away the elderly and the vulnerable and hermetically seal them, and then let the virus rip through the community. Again, that was just not possible.

“We only had two significant residential aged care facility outbreaks. We were fortunate, but both have been terrible.”

Professor Murphy and the government have not escaped criticism, of course. The lack of PPE was a traumatic issue for all health workers as they waited to discover if community transmission was occurring as it had elsewhere.

Read more: Doctors are right, the lack of PPE is a scandal

“There was a huge amount of fear in the medical profession early on, and I understand that,” Professor Murphy says.

“We had a significant national stockpile, but no stockpile would be enough to cope with widespread community outbreaks.

“So at the very beginning, we arranged for very limited supplies to be made to primary care practices for the purposes of assessing potential COVID-19 cases. We didn’t feel that there was ever a need for everyone to wear PPE for every clinical consultation provided.”

But he says: “I’m not aware of any case, of any situation, where a lack of appropriate PPE has led to transmission of COVID-19 in Australia.

“I understand the anxiety, but if we distributed our stockpile completely, we might have ended up with hospitals treating COVID-19 patients with no PPE.

“We’ve managed the PPE challenge quite well, but I do understand the frustration because we were sometimes giving a general practice only a few hundred masks at a time, and they were saying they wanted more, I think we’re over that now.”

Of the recent outbreaks in Melbourne, he says they were expected if not quite at the current scale.

"The virus is accelerating around the world. If it gets into a fit, young population who barely notice they've got it, it spreads like wildfire.

"So we always expected as we opened the economy that we would get some outbreaks and that's why we didn't reopen again until we had a lot the measures needed, like the widespread testing and the capacity to contact trace and isolate.

"This is what's happening in Victoria.

"But yes, it has got bigger than we would have hoped for an outbreak - hence the need to reintroduce those local community restrictions again."

Professor Murphy’s time in the media glare appears to be almost over. As planned some time ago, he has taken over as Secretary of the Federal Department of Health. Health reform, he says, was his first interest, and that, he is quick to add, includes general practice.

On the current hot topic - telehealth - he says Greg Hunt has made a commitment to continue it in some form.

"It has to be sustainable. And so various options are being looked at to make sure its sustainable."

But as someone who has been doing more TV than Kim Kardashian — breakfast TV, the 7.30 Report, live media conferences, A Current Affair — the move to the relative anonymity of the senior civil service may seem hard.

“No, I won’t be doing media. I think there might be the odd occasion where the government wants me to, but it’s generally not seen as …”

He tails off slightly, sounding a little sad at the prospect.

Maybe we all should.

As one newspaper put it after he stepped down as CMO, Professor Murphy had the bedside manner the patient — which is to say, the entire nation — needed in some very troubling times.