What the judge got wrong in the transvaginal mesh device scandal 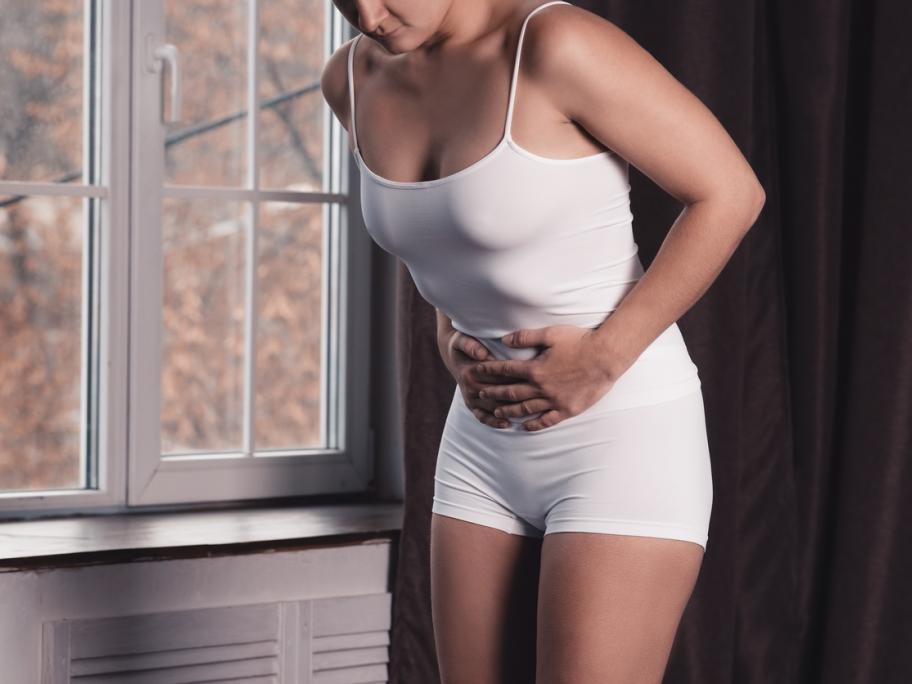 The Federal Court of Australia ruled that the company had misled customers about the risks linked to the devices, and was liable for the injuries caused to the women resulting from the surgery they underwent.

But, in the aftermath, doctors have raised concerns over whether the Federal Court judgement misunderstood some of the clinical evidence, specifically for the use of the devices in the treatment of urinary stress incontinence.

The case has been high profile, the source of numerous headlines and brought as part of a class action by three women who all suffered and continue to suffer significant morbidity as a result of these medical products.

Running to over 1500 pages, Justice Anna Katzmann's formal ruling was forensic — and, no doubt, it had to be, given the complexity of the clinical issues and negligence law with which she had to wrestle.1

Importantly, after discussions with Australian clinicians, the TGA revoked approval for all transvaginal mesh (see table for definitions) for pelvic organ prolapse and the mini-slings for the treatment of SUI from 2016, well prior to the class action commencing and we were one of the first countries in the world to do so.

In 2018, the Australian Commission Quality and Safety in Health Care issued guidance preferencing the retropubic over the obturator mid-urethral sling for SUI, such that now only two of the products included in the class action remain preferred treatment options.2

You may be asking at this point why even those products — the TVT classic and TVT exact, both retropubic, mid-urethral slings used in the treatment of SUI — have not been withdrawn, given the court’s conclusions. Has there been some kind of mistake?

I’d like to offer my view as both a clinician and academic, who has advocated for over a decade, regarding concerns surrounding transvaginal mesh for pelvic organ prolapse and with total respect for Justice Katzman’s proceedings and findings.

In a nutshell, Justice Katzman found the following:

The Johnson & Johnson meshes, produced by its company called Ethicon, had a “defect” and, as such, were not fit for purpose.

Ethicon’s Instructions For Use were inadequate and misleading.

The women were injured as a result of defects in the product, and thus entitled to compensation.

The women were injured because of the other contraventions of the legislation and the breaches by the respondents of their duties of care.

Firstly, that Ethicon failed to undertake appropriate pre- and post-market surveillance of its products or to provide reasonable instructions for use.

Referring to the promotional material as well as the instructions it developed for doctors about the potential risks, she said it “fell well short of capturing all known, let alone reasonably foreseeable risks and was apt to mislead both doctors and patients about the safety and efficacy of the various devices”.

A second defect was that that the polypropylene mesh, given its permanency and design architecture, resulted in a chronic inflammatory response that contributed to erosion of the mesh into surrounding organs and contraction of surrounding tissue that resulted in pain, dyspareunia and erosion.

In regard to transvaginal prolapse mesh, the judgement clearly establishes a pathological pathway for morbidity when transvaginal polypropylene mesh is utilised in pelvic organ prolapse surgery.

The ruling methodically links the chronic inflammatory response to the mesh in vivo with ultrasound imaging reports, clinical presentations of contracting prolapse mesh and, finally, to morbidity associated with polypropylene transvaginal mesh reported in the Cochrane reviews.3-5

These problems include mesh erosions rates ranging from 12% to 18%, mesh contraction in 4%-8%, and an overall high reoperation rate of 11% in the short-term.

However, despite the court’s conclusions, I don’t believe the narrative of a pathological pathway which surrounds mesh for pelvic organ prolapse mesh has been established for the SUI products.

While the architecture and histological of the mesh used for prolapse and tapes used for continence surgery are largely identical, it is significant that the volume of mesh included is approximately 10-15 times greater in the prolapse mesh than the continence tapes.

This very simple fact may explain why the tapes do behave differently and clinically appear to be “fit for purpose” for the treatment of female SUI.

The judge expressed concern that the long-term outcomes of the mid-urethral sling (tape) are unknown.

In her judgement, she spends some time critiquing what she described as the "troubling" 2014 RANZCOG and Urogynaecological Society of Australasia statement that was generally supportive of tapes for SUI.

It included the statement that there was “robust evidence to support the use of mid-urethral slings from more than 2000 publications, making this treatment the most extensively reviewed and evaluated procedure for female stress urinary incontinence now in use”.

RANZCOG’s 2014 statement, which was later updated in 2017, correctly cited Cody 2003 as one of the earliest reviews that confirmed reduced perioperative morbidity associated with the tapes in comparison to alternative continence procedures.6,7

But Justice Katzmann argued that the Cody study did not fully endorse tapes as the “long-term effects are therefore currently not known reliably” and this should have been included in the RANZCOG statement.

Read more: Therapy Update: what is left for stress incontinence

Since Cody 2003, however, there have been multiple Cochrane updates published, presenting up to eight-year outcomes with satisfactory long-term outcomes and a “good safety profile”.8,9

The judge could have reasonably referenced these to demonstrate support for the RANZCOG statement, rather than focusing on an outdated 2003 publication.

The judge was also critical of the RANZCOG statement for citing 17-year data outcomes on the MUS from Finland by the late Karl Nilsson on the grounds that “the inclusion criteria utilised ensured a high success rate in terms of the findings but as a result limited generalisability” and “a large number of patients were lost to follow-up” and as such “the conclusions are open to doubt".10

Again, in my view, the Nilsson 2013 paper was highly informative and should be applauded — it gave evidence of a clear management pathway to successful outcomes for women undergoing mid-urethral sling for SUI and appropriately excluded those not suitable for the intervention, as is best practice.

The judge also felt that the attrition rate of nearly 50% at 17 years cast doubt on to the reliability of the data.

But, pragmatically, in clinical practice to retain more than 50% of a cohort (n=46 in this case) for follow-up, 17 years post intervention, is a highly commendable achievement.

Read more: 'Your voice has been heard' - Hunt apologises to women for mesh device scandal

As an indication of the challenges of achieving long-term review, I’d point to our recent six-month review clinic at the Royal Brisbane and Women’s Hospital for women after retropubic tape placement.

Only 50% of patients returned, despite reminder communication on the importance of the review.

Again, to put this in context, the longest peer-reviewed follow-up for alternative continence procedures, including colposuspension and the pubovaginal sling, is 15 years and include only 11 and 10 patients, respectively.11

The Federal Court’s criticism of the Nilsson 17-year findings speaks to a misunderstanding on the very significant challenges in achieving long-term data.

Furthermore, the judge, in making her argument against the mid-urethral slings, said the quality of the data in the 2015 Ford Cochrane review on mid-urethral slings was only “low to moderate”  in support of medium- to long-term outcomes.9

Related news: The unintended side effect of the Senate inquiry into transvaginal mesh

In contrast, no such reservations were expressed when accepting the recommendations stemming from the various Maher Cochrane reviews on the use of pelvic organ prolapse mesh, which were based upon data of the same quality or lower (ie, very low to moderate).3-5

Finally, the judge reports being persuaded by the evidence relating to polypropylene mesh contracting in vivo.

However, in my view, the link between histology, imaging and clinical reports of contraction and poor outcomes, in relation to mid-urethral sling devices for SUI, was not established in court, as it was for transvaginal polypropylene mesh for prolapse surgery.

Justice Katzmann correctly identified the need for good long-term safety data on the mid-urethral sling. I’d stress that, while the Federal Court case was running, in 2018 Gurol-Urganci et al reported a 3.3% surgical revision rate in nearly 100,000 women in the UK nine years after mid-urethral sling placement for SUI.12

The authors identified urinary retention, tape exposure and pain as the indications for revision; however, they were unable to identify each indication's individual contribution.

Read more: No clear answers on mesh for prolapse surgery

To put this into context, after pubovaginal sling (an alternative continence procedure), the rate of reoperation for urinary retention alone was 10% at five years, according to the large SiSter trial in the US.13

In conclusion, in spite of Ethicon’s failings in appropriate governance standards surrounding the introduction and oversight of devices for prolapse and SUI, GPs and patients can have confidence that the retropubic mid-urethral sling remains a viable and effective treatment option for SUI.

This is the preferred surgical procedure for SUI, according to the Australian Commission Quality and Safety in Health Care. It is also a procedure performed by nearly all the expert witnesses representing both sides in the Federal Court case.

The old adage that we should not throw away the baby with the bath water is entirely appropriate in this case.

So these are my take-home messages from the transvaginal mesh class action:

References on request, from [email protected]